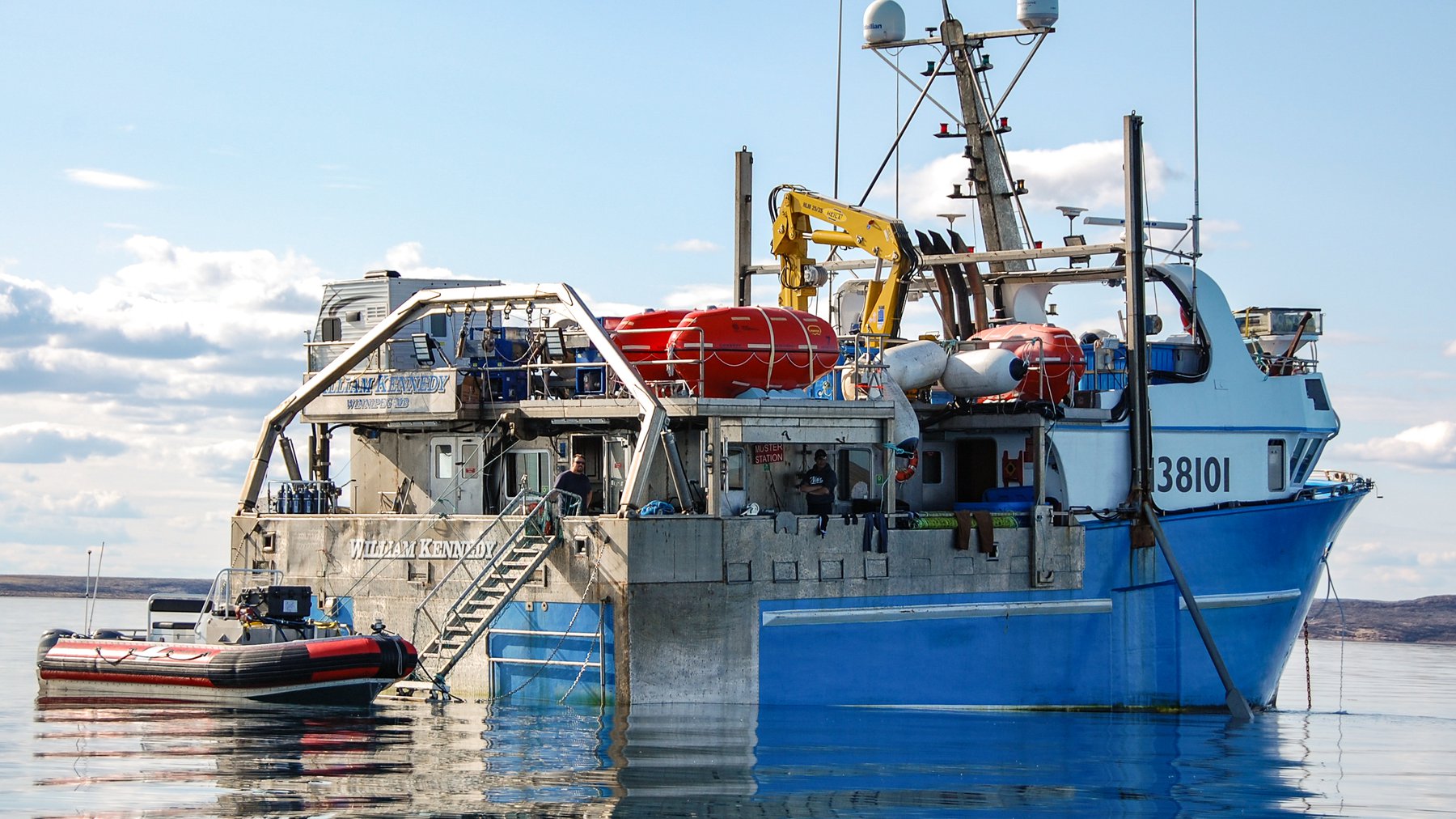 Operated by the Arctic Research Foundation in partnership with the University of Manitoba and the Churchill Marine Observatory, a multidisciplinary research facility located in Churchill, Manitoba, the William Kennedy will explore some of the most understudied regions of the Arctic.

Grappling with the effects of rapidly warming climate in the Arctic, scientists are struggling to achieve baseline data to measure the impacts of climate change and to inform future predictions. The William Kennedy will bring together researchers and scientists, including oceanographers, geneticists and biologists, and work collaboratively with local communities to help in establishing these baselines.

Converted from an offshore crab fishing vessel, the William Kennedy has been retrofitted to handle extreme Arctic weather and ice conditions. The ship’s shallow draft, measuring just 12 feet, allows for critical research to be done in much shallower and near shore waters than traditional Arctic research vessels. The ship, which measures 66 feet in length, is equipped with both an interior drylab and wetlab and can accommodate up to 14 people beyond the crew.